Between the Visible and the Invisible

The exhibition ‘Between the Visible and the Invisible’ refers to innovative forms of artistic practice in relation to memory, time and space – a moment when nothing is certain, concrete or stable; and how artistic practice could capture this sense of being ‘in-between’. It takes the visitor through a journey of individual memories which may refer to private encounters but collectively addresses a form of change and transformation. It does this through the use of ephemeral mediums (sound and video), and, in the case of still images, through the methodologies that have been used to create them. All the artwork included refers to temporality, to something that is about to happen which is not present or visible yet, to a potential of becoming something else.

The show stages a constellation of some of the most thought-provoking contemporary works developed through artistic research, inquiring into collective notions of memory, time and space. It is organised around three thematics: Disappearance, Suspension and Becoming. ‘Disappearance’ focuses on the ephemerality of recorded memory via sound or image; ‘Suspension’ expresses a presence that is invisible yet substantive, thinkable through feelings, and ‘Becoming' concerns the mediation between bodily drawings and the cohabitation in holding a certain space through limited time. In sum,viewers are able to experience a unique reality which is not graspable otherwise, inviting them to journey through the unknown land of ‘in-betweenness’.

‘Between the Visible and the Invisible’ presents multidisciplinary artworks, among them, the selection includes ‘Psychoréographies - a performative inquiry for inner and outer spaces’ (Nikolaus Gansterer), ‘People in Trouble’ (Adam Broomberg & Oliver Chanarin), ‘Disobey to the Dance of Time’ and ‘Not Such a Hasty Hush Boom’ (Chooc Ly Tan), ‘Anubumin’ and ‘The Visible and the Invisible’ (Oliver Ressler), ‘Northeye’ (Leah Fusco), ‘He happened not to be there’ (Pia Sandström), ‘Event Horizon’ and ‘Train passing’ (Valdimir Nikolic).

Dr. Azadeh Fatehrad is an artist and curator based at the Visual and Material Culture Research Centre, Kingston University London, working in the context of historical representation. Fatehrad’s research, artistic and curatorial practice are intertwined around a process of gathering information and generating new imagery in response to archival material she discovers. Her practice ranges from still and moving images to fictional stories, short films and artist books which have been exhibited internationally at the Royal Academy of Art (London), Somerset House (London), Weltkulturen Museum (Frankfurt am Main), Index: The Swedish Contemporary Art Foundation (Stockholm), Lychee One Gallery (London) and The Barn Gallery (Oxford), among others. Fatehrad has received her practice-based PhD from the Royal College of Art (2016) and has conducted diverse projects across Europe and the Middle East, including at the Weltkulturen Museum, Frankfurt am Main, the International Institute of Social History (IISH), Amsterdam, AFDI Archiv für Forschung und Dokumentation Iran Berlin eV,Berlin, and the Institute for Iranian Contemporary Historical Studies (IICHS), Tehran. Underpinning Fatehrad’s research is a cross-cultural approach that looks at the artistic, social, aesthetic and political implications of ‘existing images’, and their relation to life today. Fatehrad has curated diverse public programmes such as ‘Sohrab Shahid-Saless: Exiles’ at the Close-Up Film Centre, Goethe-Institut and Institute of Contemporary Arts (ICA), London (2017-18); ‘The Feminist Historiography’ at IASPIS, Stockholm (2016); and ‘Witness 1979’ at the Showroom, London (2015). Her projects have been positively covered by the likes of the New York Times and Financial Times, CNN, Euronews, the Guardian, and the British Journal of Photography, among others. Fatehrad is co-founder of ‘Herstoriographies: The Feminist Media Archive Research Network’ in London and she is on the editorial board of the peer-reviewed Journal for Artistic Research (JAR). Fatehrad is also the recipient of St. John’s College Artist in Residence 2018 at the University of Oxford. www.azadehfatehrad.com 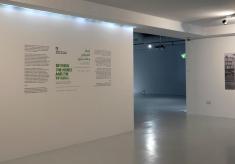 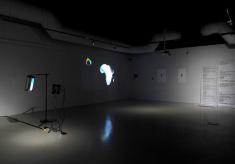 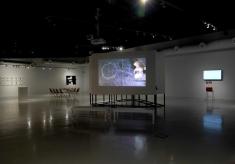 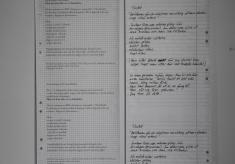 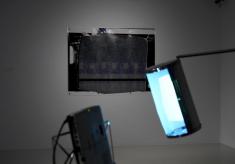 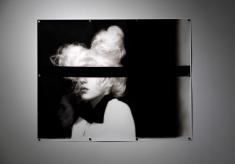 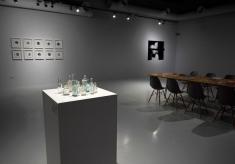 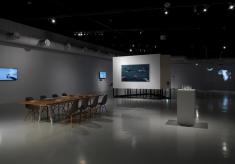 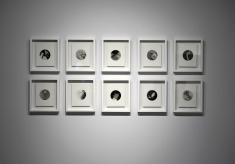 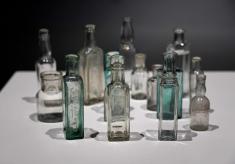 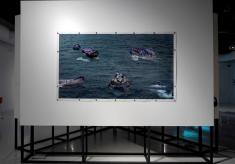 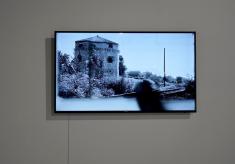